The room was filled with silence as the CMO had just finished his presentation of the new brand logo, brand values, tone of voice and new colors. It had taken many months and finally it was there.

The CMO was passionate when presenting the results of his hard work and that of the agencies and “experts” involved. “This is our new brand. This is what we stand for”.

Now and then he had paused, asking if there were any questions. The team in the room had been silent. “No questions? I will assume that you are as thrilled as I am or that you’re very shy” he said. Someone silently responded, mumbling “no, it looks great”. And great it indeed looked. 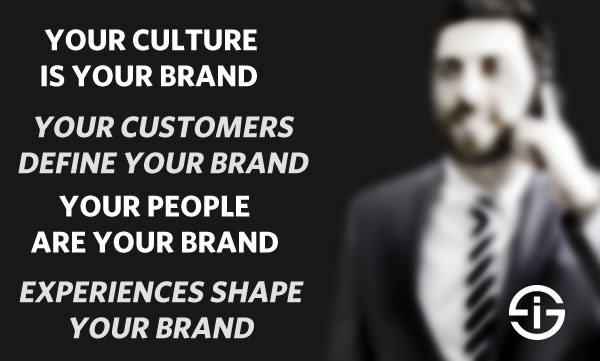 The faces of the team members that finally learned everything about the new brand in most cases seemed to show enthusiasm. Some simply looked attentive. It was hard to tell if this was because the global CMO was talking or because they genuinely cared.

At the end of the presentation people had started asking questions, mainly regarding practical aspects. The makeover of the website and brochures, the dates of the tone of voice trainings and so on.

When the meeting was over everyone received a glossy brochure summarizing everything that had been said about the new brand and showing the new logo, colors, brand guidelines and nice looking pictures to illustrate the core brand values.

It’s time for organizations to finally reverse their views and steer away from strict hierarchical structures and decision processes that often feel like genuine dictatorships.

The CMO and some other attendees left and suddenly the room and the hallway leading to it was buzzing with discussions. “Our values look the same like those of every other company” a critic – rightfully – said. Someone else didn’t like the logo. A small group discussed the colors. Yet, no one really questioned anything really fundamental such as “have we tried this with customers?” or “how are we going to make sure that this huge branding campaign will have a genuine impact on the business and perceptions of key stakeholders?” and “what for heaven’s sake is our unique value proposition here?”.

The next day more discussions started and it quickly seemed that the apparent enthusiasm in the meeting where the CMO presented the new branding had faded away. The criticism that had started after the presentation and initially revolved around details become more far-reaching and louder.

It was clear that many that sat in the room the day before really couldn’t care less about the new brand. “How is this going to make me sell more?”. “We have to change everything and for what reason?”.

When the cat’s away, the mice will play

The CMO, who left as excited as he came the evening before probably was even more excited as yesterday everyone seemed so interested and many even enthusiastic. His perception certainly was far away from the reality and the continuously growing stream of criticism and occasional total indifference regarding the brand changes.

The company had a very hierarchic structure and mentality, and a dominantly top-down culture with deep roots that wouldn’t change overnight, even as it tried to be more dynamic, digital and customer-centric. In the end, the whole rebranding effort was about a transformation in that sense.

And it wasn’t just about the brand. Things were changing within the company as well. But it all went far too slow and the brand changes clearly didn’t reflect the speed of change in the organization. Transformation was obstructed by turf wars and the hierarchic mentality still clearly showed despite several changes across the organization.

It especially clearly showed when people started explaining why they hadn’t said anything or started a debate on crucial questions when the CMO was there and – obviously preferably – sooner. “It had always been like that”. The CMO came and presented, everyone nodded but in the end no one really cared and everyone went back to business as usual as soon as possible, ignoring or even sabotaging every top-down decision. As someone, who regretted this way of working and still seemed to hope one day the organization would function as a hole and in a more inclusive way, said when referring to her colleagues: “when the cat’s away, the mice will play”. Truism although the CMO had spoken more as king lion from his throne.

So, here it was: a mix of top-down thinking and acting, hierarchic patterns, overpaid spin doctors and brand gurus that came up with a rebranding that missed the point and a staff that didn’t even care to provide input anymore, let alone deliver on what had been decided over their heads.

How in heaven’s name would customer perceptions possibly be affected if no one really bought in to anything? What would the impact of the huge upcoming rebranding campaign be if it was led by a few people and, while it undoubtedly would be very visible to customers, prospects, journalists and analysts with a PR army behind it, how would it look real life where customers live and in the field in the end nothing would have changed?

It reminded me of another saying, from Amazon.com’s Jeff Bezos, “your brand is what people say about you when you’re out of the room”. If those people weren’t just customers in the strict sense but even your own staff, just imagine the sheer consequences of this huge gap in perception and gap between what the brand claims to be on one hand and what it is in day-to-day operations on the other.

The internal reality of the organization is reflected and amplified in its external perception.

And, going to the heart of what really matters in business, the customer, imagine how these gaps would even lead to more gaps as the customer started noticing these differences within the company.

Because one thing is for sure: the internal reality of the organization is reflected and amplified in its external perception. With the end-to-end customer experience as a sum of customer experiences and interactions with so many “parts of the business”, it’s inevitable these gaps shine through. And that’s not just about the strict customer-facing functions.

Think about the disconnect between the various interactions and processes in one customer-facing process, for instance. If the promise of the brand is just a facade and only showing in some services, apps or whatever and isn’t continued in the back-end, resulting in poor overall customer experiences, what’s even the point in throwing so much many at branding campaigns and the development of such services and apps that are like lonely beacons of hope amid a dark ocean of indifference and total disconnection and lack of alignment?

It is in this shattered and disconnected context – in which many today de facto still operate – that organizations fail. It always has been. But in an age where alignment and integration is key to succeed in an increasingly digital and customer-driven reality, it is even worse.

It’s time for organizations to finally reverse their views and steer away from strict hierarchical structures and decision processes that often feel like genuine dictatorships. It’s time to steer away from presumptions, turf wars and silos in the processes but also in the minds and actions of the essence of what an organization and brand are from the internal – and to a great extent external – perspective: its people.

Because here’s the thing: your customers don’t give a damn about your flaws but they do give a damn about how they are treated and they certainly don’t want to feel or “experience” your organizational and cultural issues.

So, take responsibility and give a damn.

Images purchased under license – and adapted – from Shutterstock