These latest EdTech kits by Technology Will Save Us promise to keep even the brightest young minds entertained during the holidays.

Since the days of Texas Instruments Little Professor and Speak and Spell there have always been toys that tried to blend education and play – albeit with mixed results – but few have sought to educate, entertain and prepare children’s blossoming creative minds for the flourishing worlds of technologies to come.

Tech Will Save us aims to change all that. Their mission is to inspire kids everywhere to use technology to create new things, solve life-changing problems, and invent their own future in a world where 65% of kids in school today may well have a job that doesn’t exist yet.

“The world is becoming increasingly tech-driven, however, there’s little emphasis on the wonderful opportunities that these new technologies present to us,” Tom Baker, Head of Marketing at Tech Will Save Us commented. “The ‘Side Effects’ campaign is about opening a dialogue surrounding how we should prepare kids for the future. Tech Will Save Us kits are a celebration of the confidence we have in future generations and a springboard for curiosity and inventiveness. We want to provide kids with the tools they need to be able to embrace technology, create novel ways to explore the world and improve lives.”

Tech Will Save Us’ emphasis on imagination and ingenuity is evident in their most recent product launch, Dough Universe – a product wherein play dough and tech come together to get kids excited about – and understand the fundamentals of – electricity. Alongside a playful animated interactive app, the Dough Universe kit is aimed at ages 4-7 and uses colourful dough creations and circuitry to bring the child’s creations to life using light, sound and movement.

Tech Will Save Us’ emphasis on imagination and ingenuity is evident in their latest product launch, Dough Universe

The perfect introduction to STEAM learning – Techno Sounds Kit gets kids building with dough and making simple circuits to add sound to their creations. Part of the Dough Universe, the kit comes with three pots of dough, a smart controller, and a sound helper cord. And with the projects and games in the interactive storybook app, they’ll be exploring and inventing for months to come!

The Dough Universe app (Android and iOS) and kits work together to help your Future Inventor take on Dr. Dry Dough to restore peace to the Dough Universe and learn about how electricity works while they make fun projects and play exciting mini-games!

The kits work together with the Android and iOS apps to help your Future Inventor take on Dr. Dry Dough to restore peace to the Dough Universe 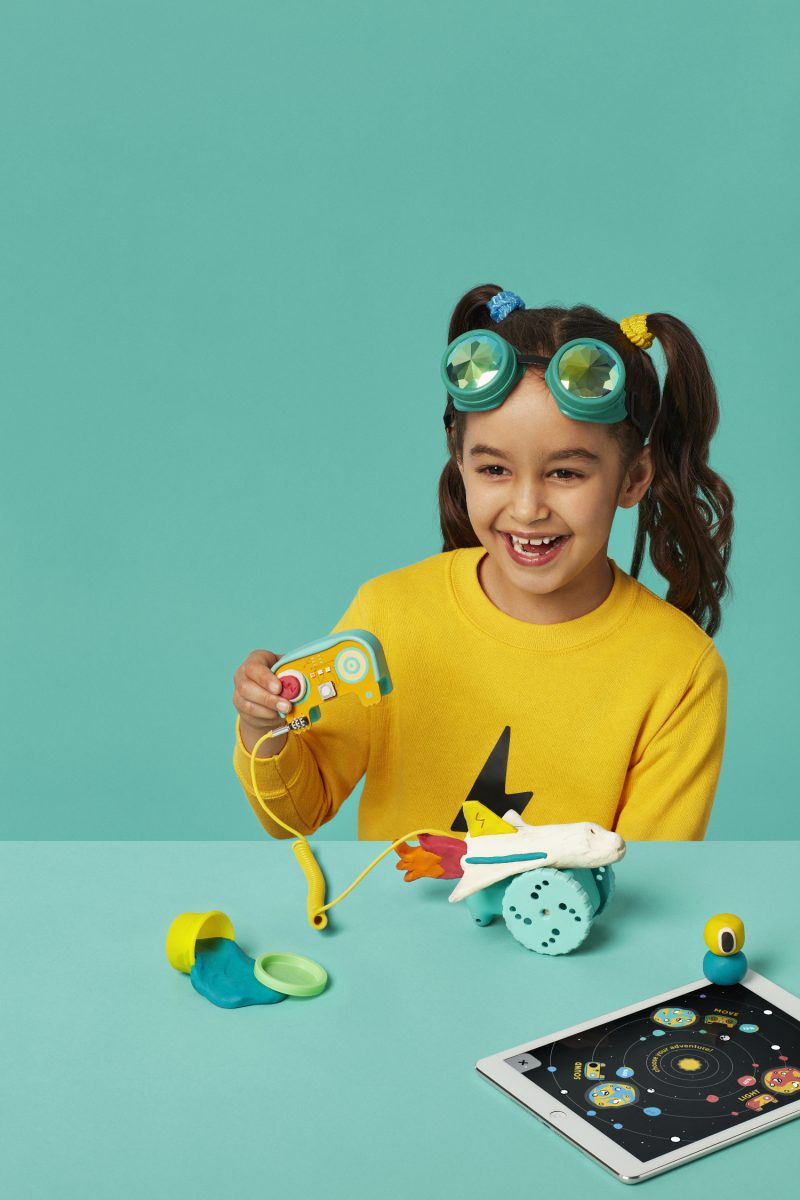 Comprised of the Techno Sounds Kit, Bright Creatures Kit and Electro Machines Kit (sold together or separately), Dough Universe teaches kids ages 4-7 about electronics through good old messy play. The kits use conductive dough and basic circuits to teach the fundamentals of electricity through light, movement, and sound. Each kit retails for £39.99 or £107.99 as a set.

I initially had my reservations as to whether the kits would hold my daughter’s attention, but was pleasantly surprised at both her involvement and the kits return playability

Putting their claims to the test I playtested the three kits with my soon-to-be 4 year old daughter and though I initially had my reservations as to whether it would hold her attention I was pleasantly surprised at both her involvement and the kits return playability. The kits are a relatively simple setup and are greatly improved by embracing the app which walks you through every step from simple setup to slightly more advanced builds within each kit.

For younger children, especially those at the lower suggested age, this is definitely a parent / teacher child activity (rather than solo play) at least initially, but the kits have a quick setup and quick pay off once the children have their first kit built. My daughter had a genuine revelation moment when she realised that a simple circuit built in the Squishy sounds kit would produce a controllable sound and found great return playability with the Electro Machine kit; not only building the suggested builds in the app but subsequently adapting them to make carousels for her toys to ride on. She has taken the tech and integrated it into her play setup.

For younger children, especially those at the lower suggested age, this is definitely a parent / teacher child activity

Each kit comes with a small supply of dough in three primary colours and so repetitive play (and more ambitious builds) would benefit from additional dough. Invariably a few plays reduce the dough to a brown mush so it’s worth looking for a supply of dough in a range of colours to maintain their interest and future build options.

This is great fun and the range has enormous potential

Ultimately Dough Universe is great fun and with an obvious educational application. This range has enormous potential. Watching the child play it’s easy to see how such tech toys could be a fun asset not only to home play but to primary schools and after playtesting the kits with my daughter for just a couple of days I approached her primary school and they’re dead keen to put the sets to the test in the classroom and use the kits to help teach fundamental scientific principles through play.

“The ‘side effects’ of playing with Tech Will Save Us kits,” says Baker, “is a generation of super-creative, problem-solving, life-hacking kids.”

Ashley Thorpe is Film and Games Correspondent at Tech Trends, award-winning director and animator at Carrion Films and full-time dad with an interest in educational toys that can entertain and educate lively young minds. Follow him on Twitter @CarrionScreamin