“If there was a name for every dot on the spectrum of gender identity, expression and sexual orientation, I’m sure we would all identify ourselves more specifically on the spectrum and the word Queer would no longer exist.”

My deeper understanding of the LGBTIA+ community started in 2016, when I attended a conference on ‘Workplace Equality for LGBTI+ community’ at ISB, Hyderabad.

Vyjayanthi Vasantha Mogli, a transgender activist and one of the founding members of the Telangana Hijra Transgender Samiti, was a panelist at the conference. It was only when she shared her account of everyday struggles being a transwoman, did it dawn on me there’s so much they go through, and their struggle often goes unnoticed.

I found it unsettling that we haven’t done much to support this community, as a collective. I felt like we were leagues behind where we ought to be as a society.

That was the day when the seed was sown for taking action and a year later, the idea for ThoughtWorks’ Interning with Pride program was conceived. During this journey, I started to read, research, interact and become more informed about the LGBTQIA+ community.

And, the more I learned, the clearer I could see the unfairness around us.

It’s been quite a revelatory journey so far and I wanted to reflect upon and share some of my key learnings from being an ally to the LGBTIA+ community.

It helps to understand the LGBTQIA+ terminology and how each community would like to be treated. Watch movies, documentaries, read articles and coming-out stories of individuals to understand their journeys better.

I attended a Human Library session in 2017 organised by Queer Collective Hyderabad (a gender support group) where people from the community shared their personal journeys within small closed groups.

I felt a close connection to them in that setting and hearing them narrate their experiences suspended any prior judgements and busted any myths I had believed.

You’re not the saviour

Yes, you’re awesome for what you’re doing, however, being an ally is not about you – you’re not the hero of the story.

It’s about standing in solidarity with the LGBTIA+ community. It’s about understanding that historically, the community has been through oppression and that it’s the result of everyone’s doing, including ourselves.

As an ally, be an enabler and let your actions speak volumes.

It’s not a choice

For the longest time, I believed that being gay or becoming a transperson was a choice people made at some point in their lives. I continued to live in my bubble and respected their ‘choice’.

It wasn’t until I watched a short film that I realised how wrong I was. The film posed really powerful questions like, “Since when did you know you were heterosexual?” or “What’s it like to be a heterosexual person?” or “What makes you believe you are heterosexual at all?”

I couldn’t answer those questions. It’s something one just knows.

My empathy for the LGBTQIA+ community grew deeper because I knew we couldn’t discriminate against someone on the grounds of inherent feelings and beliefs. In a world where everyone’s seeking acceptance and validation, no one chooses a life of oppression.

I’m glad that I can now help others understand with greater conviction, that being queer is not a choice.

Treat others the way they want to be treated

Some of us from the ThoughtWorks Hyderabad office presented at the Out & Equal conference at Bangalore in 2019.

That’s where I met Daniel Mendonca who identifies as an intersex person. He is an activist for intersex rights and is the reason why the “I” (Intersex) in LGBTQIA+ came into existence. I had a moment of epiphany when he shared a statement with the audience.

That was a moment of truth for me, and the experience became a guiding principle for the rest of my journey. It’s as simple as respecting each other’s choices.

I learnt the importance of providing safe space to others so they could express themselves and be their whole selves. A prerequisite to this is to be informed about how others want to be treated and that goes a long way in building trust.

Be their safe person

Being part of the Interning with Pride program, I understood the importance of consent, safe-guarding identity and protecting the privacy of LGBTQIA+ individuals.

If someone has confided in you, it’s not in your place to share their story, not even to your closest friends or family. That’s a breach of trust unless they’re openly out to everyone or a community you mutually belong to.

The reason being, some individuals might be out to their friends or colleagues but not to their parents or vice-versa. Outing them could put them at the potential risk of losing relationships because, in our society, there is still a stigma associated with identifying as LGBTIA+. It’s up to them to share when they feel ready.

If someone comes out to you, try not to be visibly shocked or concerned (if you intended to show acceptance).

Of course, it also depends on how aware and empathetic we are as individuals and what our natural disposition is when it comes to handling disclosures. I’ve learnt that this gives them the space to share more openly and builds trust.

Pro Tip: I noticed that little things like wearing a rainbow T-shirt or having a pride sticker can be conversation starters and might even lead to someone sharing a piece of their story with you.

Yes, words have the power to break an individual even if that wasn’t the intent.

LGBTQIA+ individuals have a long history of their own struggles to be accepted in society as themselves. Using non-inclusive language could mean we are not accommodating enough.

For starters, it’s important to understand their preferred pronouns and address them using those. Making assumptions of gender based on their external appearance and using incorrect pronouns could remind someone of their past struggles.

Or something as seemingly harmless as “Hey, do you have a girlfriend?” could potentially send someone back into that dreaded closet. 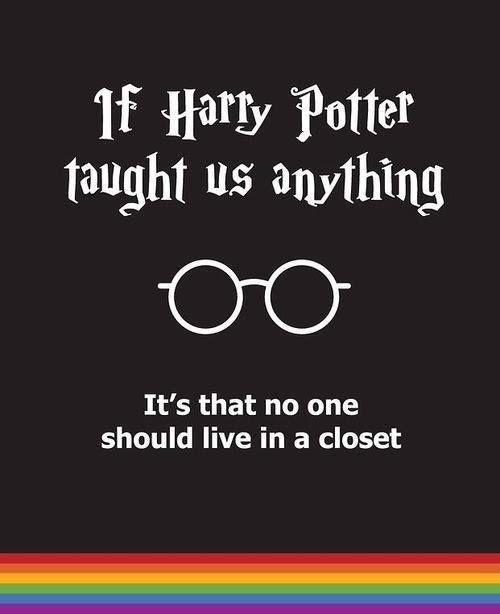 We’re human, after all, and we make mistakes. I learnt to sincerely apologize and seek correction when I address someone incorrectly or ask an inappropriate question or unknowingly say something offensive.

More often than not, they appreciate it.

You are not your gender, and nobody is

While self-determination of one’s gender is an intrinsic fundamental right, I believe that’s not the end-all – there is more to a person than their gender.

I once went to a dinner with a few acquaintances from the LGBTQIA+ community. At home that night, I told my mom about the great dinner I’d had with a trans woman and then I paused. It didn’t feel right. It felt like that might not be how they would like to be defined or described.

If I had gone out with a cis-gendered heterosexual female friend, would I have said “I had a great dinner with a woman”?

Looking back, I recollect the infamous recesses of my school days and of a boy being irrationally bullied for being too ‘feminine’. He was called horrible names and was the victim of unending homophobic jokes.

It did not help that the entire class joined in for a laugh and even put the bullies on a pedestal. Regretfully, I was a bystander at this time and did nothing to change the situation. I wish my 14-year old self knew better and stood up for him.

No one’s an expert and we’re all learning. The only thing that matters is that we’re consciously trying. As a community, as organizations, as colleagues, neighbours, friends, family and in every capacity – we should do a better job of standing up against homophobia, transphobia and hate in general and give peace a chance.

At ThoughtWorks, we are working to build a community of allies, bust myths and normalise the ‘taboo’ to ultimately create a safe and inclusive space for all.